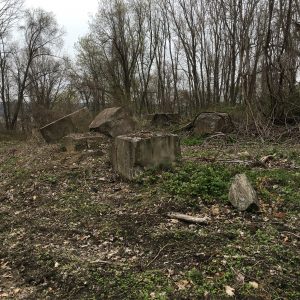 Dark Shadows, if you do not remember rushing home from school to watch it, you can find it on Netflix.  Pay special attention to “The Old House”.  This was once home to a fabulously wealthy couple, that have faded from memories.

Russell Fox Hopkins (1884 – 1919) came from a southern family that made a fortune selling anti-kink hair products and patent medicines.  The money made was invested in banking and chemical manufacturing and Russell was fabulously wealthy.   His father was Dr. John Hopkins of Atlanta.   Russell was considered a cad and was disliked in Atlanta society.    Russell Hopkins was appointed US consul in Panama.   He died of pneumonia in 1919 and is buried in Sleepy Hollow Cemetery.

Vera Lawrence Siegrist (1892- 1928) was the heiress to the Listerine fortune.  Her great- grandfather Dr. Joseph Lawrence was the co-inventor.  He sold his rights to Lambert Pharmaceutical in 1885 and was also very wealthy.  Vera was an orphan and lived with her grandparents in St. Louis and Kansas City, MO.

Vera and Russell meet in Atlanta in 1905.  In 1906 Vera and her grandparents moved to NYC.  Russell followed.  Russell purchased a yacht in which he and Vera stole away from her grandparents.   They fled up the Hudson River to Peekskill where they were married (he was 22 and she was 15). 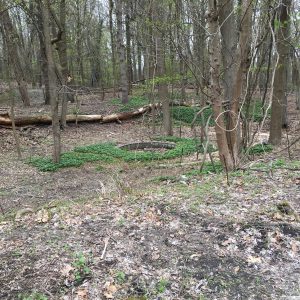 The couple settled on a property just south of the Lyndhurst mansion.   The property was named Veruselle and was famed for being the largest privately owned zoo in America.  The famed menagerie cost the equivalent of a million dollars today and contained polar bears, zebras, and a hippopotamus.  Children from the local villages were allowed to tour the menagerie on Sundays.

After Vera’s death the four children found they could not manage Versuelle individually and could not agree on funding of the two houses and the menagerie.  The result was that they sold 17 acres and the house known as “The Colonnades” for $105,000 ($1.4 million).

The remaining 34 acres and the house known as “The Arcades” were sold at a tax sale in 1941.  The house became a hang-out for local teen-agers and was torched in 1963 and demolished in 1978.

The property is now a passive park owned by Westchester County.  You can walk through the area and find ponds and foundations left from the menagerie.  This is all that remains of the colorful life of this wealthy couple and their fleeting time in Westchester County.

You can visit me at my historic property Sunnyslopes.  Find me on Airbnb in Irvington, NY.  You can also learn more about me at joygoudie.tech.

Get a free consultation!